“When I created the logo, I thought about Mark and how patients are chained to a machine with this disease  (if they’re lucky) and too often, lose their lives. I was inspired by the ability to transform a life with organ donation.” 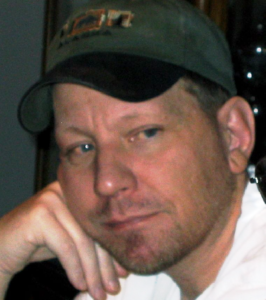 An Alaskan since 1974, Mark passed away at age 44, in 2009 from Kidney disease. He courageously faced a hereditary illness leaving him with kidney failure in his early twenties. He received a kidney from his dad, but suffered rejection. At the time of his death, he was the longest living hemodialysis patient in Alaska. His bravery in his struggle for independence in life was evidenced daily.

Mark accomplished much in his short life, in spite of his illness.  He was a graduate of the University of Alaska Anchorage with a degree in Accounting and continued his education while on hemodialysis, earning his Juris Doctorate from Lewis and Clark College of Law. He passed the Alaska Bar on his first attempt; however, his health precluded him from his dream of practicing law. 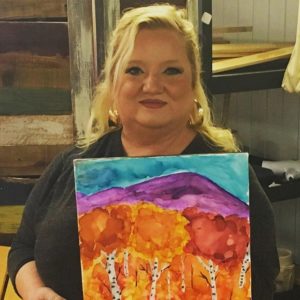 ‘I was diagnosed at 5 years old and told I wouldn’t live past 30…I’m 44 now and still don’t know how long I have, but supporting organ donation gives us all hope.’

Deb, born in Fairbanks, is a 44 year mom of four living in Wasilla, who has almost completed her degree in social work and in her spare time is an Alaskan alcohol ink artist.

When Deb was five years old, she was put on high blood pressure medicine and told one day lose all kidney function. When Deb turned 23, two years after giving birth to her oldest son, Jesse, her kidneys completely failed. When none of her family was a match, she was put on the waiting list for a kidney transplant. After 5 years on peritoneal dialysis, doing treatment at home, she received a kidney transplant.

Her transplanted kidney lasted 6 wonderful years until sadly it began to reject and she found herself back on dialysis for 7 more years. In November 2014, she received a call from the transplant center in Seattle—they had a kidney for her.