A chance encounter and Judie Wolfe became a living kidney donor. Judie and Terri happened to run into each other at Providence Alaska Medical Center. When Judie asked Terri how she was doing, Terri said she had kidney disease and just started dialysis but really wanted a kidney transplant.

"I had this knee-jerk reaction," Wolfe said, recalling this conversation to me recently. "I said, 'What's your blood type?'"
"A," Teas said.
"That's my blood type," Wolfe said.

Terri’s son had volunteered to donate a kidney and was going through the process to see if he qualified to donate.

Judie told her to call if it didn’t work out. And it didn’t. Terri’s son had a medical condition that ruled him out as a living kidney donor. Terri’s life on dialysis was not great and she knew having a kidney transplant would drastically improve the quality of her life. Luckily, Terri remembers the conversation with Judie and gave her a call.

Judie wasn't sure what caused her to make the offer that day at Providence. But now that the prospect was real, she thought: Why not? "

This is the way I look at it: I have passed my milestones. ... I've had love relationships, I went to my proms, I've had friendships, I've had children, I've been overseas. I've had a good life. After all that, it's just slush," she said. "I didn't feel that way at 25, but at almost 70, every day I wake up is a gift."

She called Teas. She also got an answering machine. She left a message. She was on board.

Both of them knew that Wolfe's willingness to donate is only a piece of the process. Next there are a battery of tests. And as a possible donor, Wolfe had at least one major hurdle from the outset. She is 69. That's old to have kidneys healthy enough to donate, she said.

In the meantime, Wolfe started her tests. Each time Wolfe took one, she passed. Her blood sugar was normal but on the high side, so she started going to Planet Fitness in the Northway Mall three times a week. One of the last major tests was a cardiac stress test. Wolfe had to walk on a treadmill, getting her heart rate up. The gym time paid off, she said. She wowed the nurse giving her the test.

"I blew the dust off my peer group," she said.

Her kidneys, it turned out, were unusually healthy despite her age. She was cleared to donate. Getting cleared to donate, for Wolfe, felt like an accomplishment in itself. "I believe we all come here with a purpose," she told me. "This is mine."

Judie became a living kidney donor in October 2012. She is an outspoken advocate for living kidney donation, works out a three times a week, is an Alaska Kidney Patients’ Board Member, sings in her church choir, is always on the go, and is currently planning a trip to France. 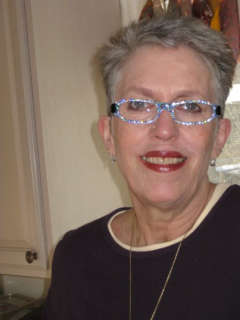 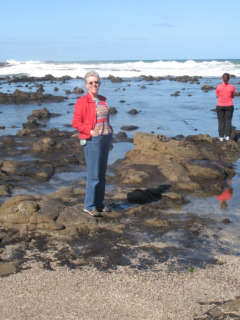 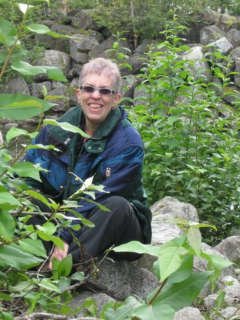